Abstract: Critical edition of a Latin grammar from Charlemagne's court circle. Peter of Pisa was among the scholars invited by Charlemagne to his court in the late 780s, and, according to Einhard, Charlemagne’s biographer, he taught grammar to the Emperor himself. The present book offers a critical edition of the textbook on grammar that Peter composed while teaching in the palatine school. It has survived in three versions, which enable us to see, how Peter’s ideas on language pedagogy developed, when new grammatical works and methods of teaching became accessible to scholars in the court circle. Grammatical education was at the heart of the Carolingian reform of learning, which owed many of its crucial features to Alcuin of York. His teaching of the Liberal Arts assigned major importance to the use of dialectic in all intellectual inquiry, including the study of grammar. This new approach to grammar, which is first attested in the works of Peter of Pisa and Alcuin, affected not only the advanced study of grammar but even secondary level pedagogy. Interaction between grammar and logic became standard practice with the subsequent generations of grammarians, establishing itself as a permanent feature of medieval culture from the eleventh century onwards. It is to this intellectual context that Peter's manual on grammar is related in the present book.

Abstract: Prepared in Paris in 1244/45, this work offer the first substantial translation of hundreds of Talmudic passages from Hebrew and Aramaic into Latin. In 1239 Pope Gregory IX wrote to kings and bishops across Europe, urging them to seize and examine the manuscripts of the Talmud in their dominions. As a result, a process against the Talmud took place in Paris in 1240. Though the Talmud went up in flames at the Place de la Grève in 1241/42, the controversy on the Talmud continued over the following years, since Gregory’s successor, Pope Innocent IV, called for a revision of its condemnation. At the centre of this revision are the Extractiones de Talmud, a translation of hundreds of Talmudic passages prepared during the years 1244/45 for Odo of Châteauroux, Legate of the Apostolic See, that served as the basis of his final condemnation of the Talmud in May 1248. This is the first edition of the Latin Talmud, which is a milestone in the long history of Christian-Jewish intellectual encounters. 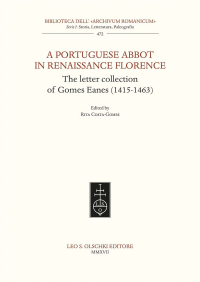 A Portuguese abbot in Renaissance Florence : the letter collection of Gomes Eanes (1415-1463) / edited by Rita Costa-Gomes 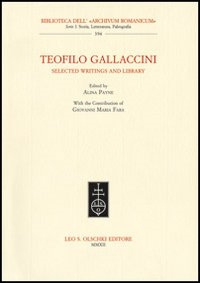 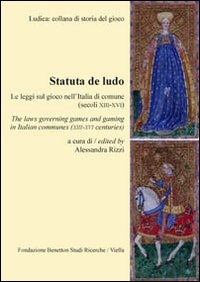