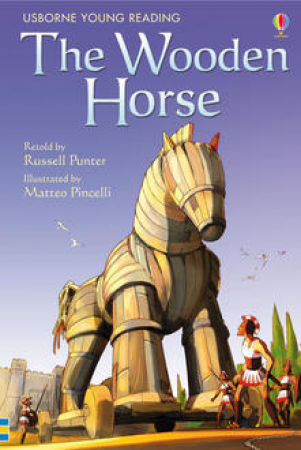 Fa parte di: My reading library : 50 books to guide your child through the early stages of reading

Abstract: The Greek army has been sent to Troy to recapture Helen, the most beautiful woman in the world. But how can they get inside the heavily defended city? The Greek commander, Odysseus, comes up with an extraordinary solution - but will his daring plan really work? It is developed in consultation with Alison Kelly, who is Principal Lecturer in Education from Roehampton University and an early reading specialist. Every title in this series features clear and compelling text accompanied by charming and highly appealing illustrations. It is designed to motivate children as they learn to read. 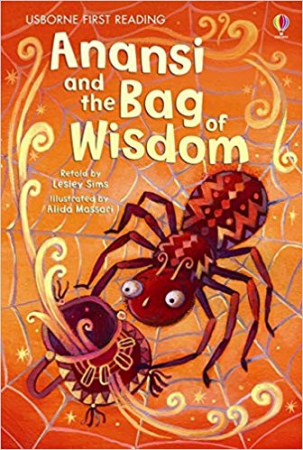 Anansi and the bag of wisdom Lesley Sims
0 0 0

Anansi and the bag of wisdom - Copie

Abstract: This is a new title in the fantastic "First Reading" series, based on an African folktale and part of the "Usborne Reading Programme". It is aimed at children who are beginning to read. Anansi, King of the Spiders, is given a bag of wisdom to share but selfishly decides to keep it for himself. But can he carry it up to his secret hiding place without dropping it? It is developed in consultation with Alison Kelly, who is Principal Lecturer in Education from Roehampton University and an early reading specialist. Every title in this series features clear and compelling text accompanied by charming and highly appealing illustrations. Designed to motivate children as they learn to read. 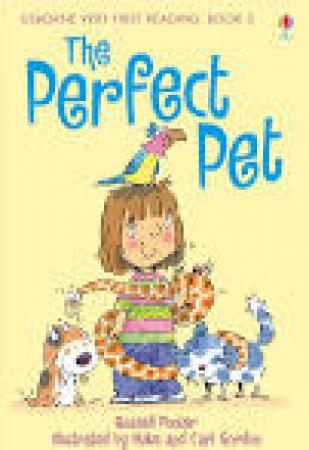 The perfect pet / written by Russel Punter ; illustrated by Mike and Carl Gordon 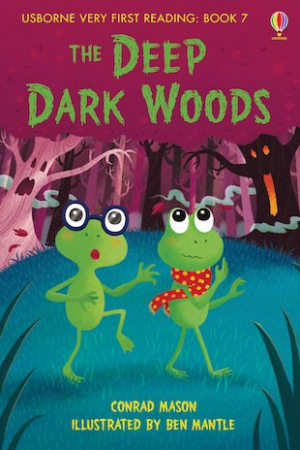 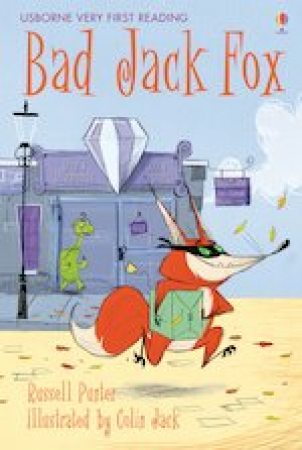 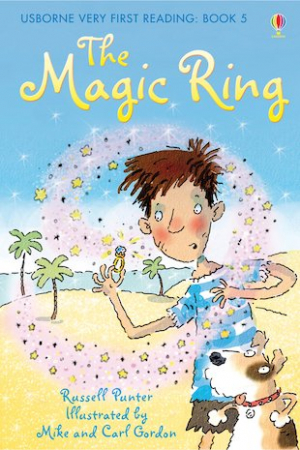 The magic ring / written by Russell Punter ; illustrated by Mike and Carl Gordon 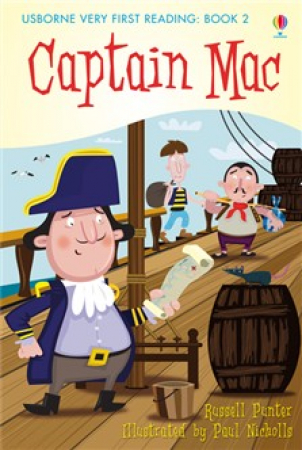 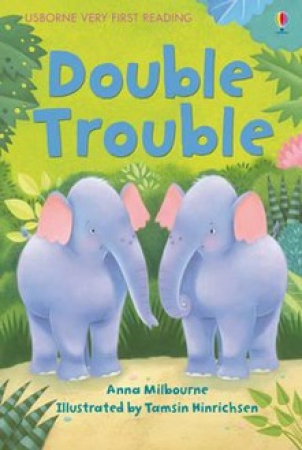 Abstract: Two little elephant twins confuse all their friends by looking exactly the same. Can they think of a clever plan to help people tell them apart? Designed for sharing with a grown-up, this delightful first story has lively rhymes based on phonic sounds, and simple puzzles to check understanding. 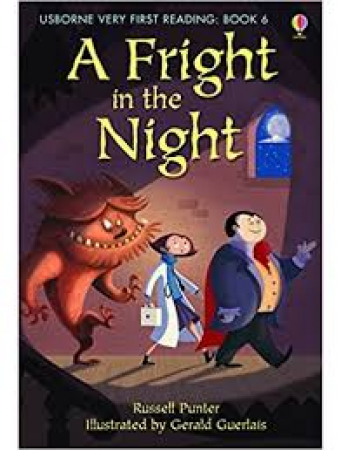 A fright in the night / written by Russell Punter ; illustrated by Gerald Guerlais

A fright in the night - Copie 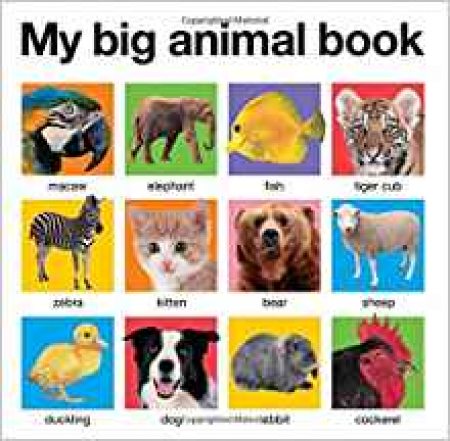 A discovery of witches Deborah Harkness
0 0 0

A discovery of witches / Deborah Harkness

A discovery of witches - Copie

Abstract: Deep in the stacks of Oxford's Bodleian Library, young scholar Diana Bishop unwittingly calls up a bewitched alchemical manuscript in the course of her research. Descended from an old and distinguished line of witches, Diana wants nothing to do with sorcery; so after a furtive glance and a few notes, she banishes the book to the stacks. But her discovery sets a fantastical underworld stirring, and a horde of daemons, witches, and vampires soon descends upon the library. Diana has stumbled upon a coveted treasure lost for centuries-and she is the only creature who can break its spell. Abstract: The tragic love affair between Cathy and Heathcliff in Emily Bronte's famous novel took the world by storm. Imagine, therefore, the shock of Charlotte Bronte's long-time friend, Ellen Nussey, when she discovers that, far from just existing in the pages of a novel, Cathy and Heathcliff lived. Her resulting investigations uncover the Brontes' horrific secret of their relationship with the demonic Heathcliff. Forced to question Charlotte's behaviour she has also to suspect the sudden deaths of not only Emily but also Branwell and Anne. The key to this gripping mystery is Wuthering Heights Revisited the missing sequel to Emily's novel, but can Ellen survive long enough to find it? 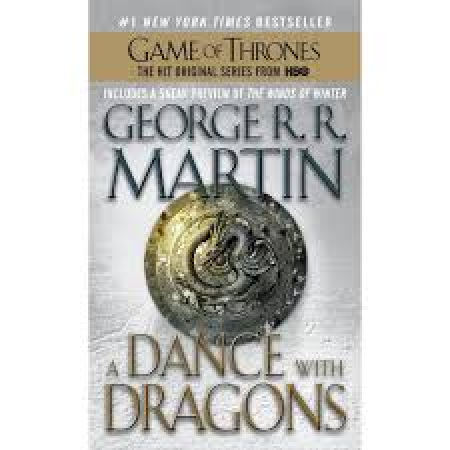 Book 5: A dance with dragons - Copie

Abstract: In the aftermath of a colossal battle, Daenerys Targaryen rules with her three dragons as queen of a city built on dust and death. But Daenerys has thousands of enemies, and many have set out to find her. Fleeing from Westeros with a price on his head, Tyrion Lannister, too, is making his way east--with new allies who may not be the ragtag band they seem. And in the frozen north, Jon Snow confronts creatures from beyond the Wall of ice and stone, and powerful foes from within the Night's Watch. In a time of rising restlessness, the tides of destiny and politics lead a grand cast of outlaws and priests, soldiers and skinchangers, nobles and slaves, to the greatest dance of all. Don't miss the thrilling sneak peek of George R. R. Martin's A Song of Ice and Fire: Book Six, `The Winds of Winter 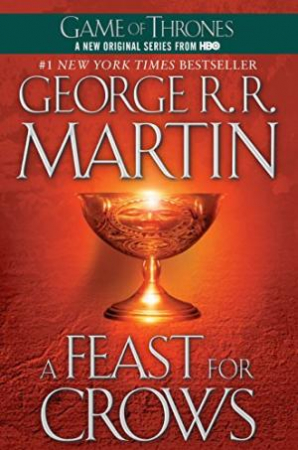 Abstract: Few books have captivated the imagination and won the devotion and praise of readers and critics everywhere as has George R. R. Martin's monumental epic cycle of high fantasy. Now, in A Feast for Crows, Martin delivers the long-awaited fourth book of his landmark series, as a kingdom torn asunder finds itself at last on the brink of peace...only to be launched on an even more terrifying course of destruction. It seems too good to be true. After centuries of bitter strife and fatal treachery, the seven powers dividing the land have decimated one another into an uneasy truce. Or so it appears....With the death of the monstrous King Joffrey, Cersei is ruling as regent in King's Landing. Robb Stark's demise has broken the back of the Northern rebels, and his siblings are scattered throughout the kingdom like seeds on barren soil. Few legitimate claims to the once desperately sought Iron Throne still exist--or they are held in hands too weak or too distant to wield them effectively. The war, which raged out of control for so long, has burned itself out. But as in the aftermath of any climactic struggle, it is not long before the survivors, outlaws, renegades, and carrion eaters start to gather, picking over the bones of the dead and fighting for the spoils of the soon-to-be dead. Now in the Seven Kingdoms, as the human crows assemble over a banquet of ashes, daring new plots and dangerous new alliances are formed, while surprising faces--some familiar, others only just appearing--are seen emerging from an ominous twilight of past struggles and chaos to take up the challenges ahead... 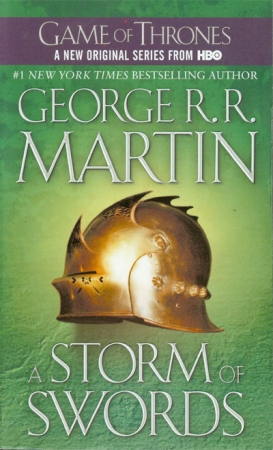 Abstract: A Storm of Swords is the third of seven planned novels in A Song of Ice and Fire, a fantasy series by American author George R. R. Martin. It was first published on August 8, 2000, in the United Kingdom,[1] with a United States edition following in November 2000. Its publication was preceded by a novella called Path of the Dragon, which collects some of the Daenerys Targaryen chapters from the novel into a single book. At the time of its publication, A Storm of Swords was the longest novel in the series. It was so long that in the UK, Australia and Israel its paperback edition was split in half, Part 1 being published as Steel and Snow in June 2001 (with the one-volume cover) and Part 2 as Blood and Gold in August 2001 (with a specially-commissioned new cover). The same division was used in the Polish and Greek editions. In France, the decision was made to cut the novel into four separate volumes. A Storm of Swords picks up the story slightly before the end of its predecessor, A Clash of Kings. The Seven Kingdoms of Westeros are still in the grip of the War of the Five Kings,[6] wherein Joffrey Baratheon and Stannis Baratheon compete for the Iron Throne while Robb Stark and Balon Greyjoy declare their independence. Meanwhile, a large host of wildlings approach the Wall under the leadership of Mance Rayder, the self-proclaimed "King Beyond the Wall", with only the undermanned Night's Watch in opposition. Finally, Daenerys Targaryen approaches Pentos. 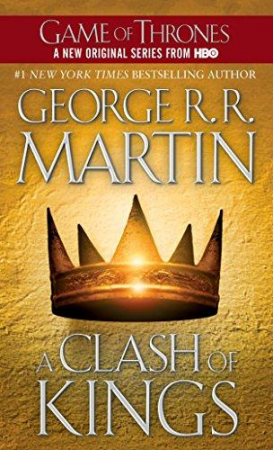 Abstract: A comet the color of blood and flame cuts across the sky. And from the ancient citadel of Dragonstone to the forbidding shores of Winterfell, chaos reigns. Six factions struggle for control of a divided land and the Iron Throne of the Seven Kingdoms, preparing to stake their claims through tempest, turmoil, and war. It is a tale in which brother plots against brother and the dead rise to walk in the night. Here a princess masquerades as an orphan boy; a knight of the mind prepares a poison for a treacherous sorceress; and wild men descend from the Mountains of the Moon to ravage the countryside. Against a backdrop of incest and fratricide, alchemy and murder, victory may go to the men and women possessed of the coldest steel...and the coldest hearts. For when kings clash, the whole land trembles... 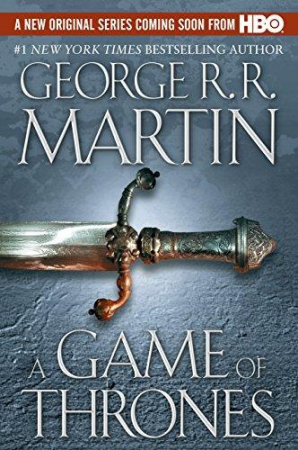 Abstract: Long ago, in a time forgotten, a preternatural event threw the seasons out of balance. In a land where summers can last decades and winters a lifetime, trouble is brewing. The cold is returning, and in the frozen wastes to the north of Winterfell, sinister forces are massing beyond the kingdom’s protective Wall. To the south, the king’s powers are failing—his most trusted adviser dead under mysterious circumstances and his enemies emerging from the shadows of the throne. At the center of the conflict lie the Starks of Winterfell, a family as harsh and unyielding as the frozen land they were born to. Now Lord Eddard Stark is reluctantly summoned to serve as the king’s new Hand, an appointment that threatens to sunder not only his family but the kingdom itself... The Crimson Petal and the White Michel Faber
0 0 0

The Crimson Petal and the White / Michel Faber

The Crimson Petal and the White - Copie

Abstract: Little Blue and Little Yellow are best friends, but one day they can’t find each other. When they finally do, they give each other such a big hug that they turn green! How they find their true colors again concludes a wonderfully satisfying story told with colorful pieces of torn paper and very few words. This classic tale of friendship also offers a playful introduction to color concepts.